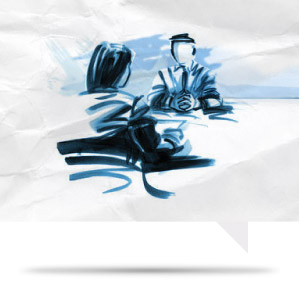 Bespoke English was founded in 1994 by James Castaneda as a thoroughly professional Business English Language School for the corporate market.

James has extensive accountancy and business experience in the UK, where for many years he was Finance Director of a successful London-based PLC. He is a British citizen and was brought up and educated in England. He holds a BA (Hons) degree in LA Economics and Sociology from the University of Portsmouth and studied Accountancy in London. James qualified as a Cambridge-Royal Society of Arts TEFLA teacher in London, where he lived until 1994, when he moved to Buenos Aires and set up Bespoke English. He is bilingual in English and Spanish and an experienced translator and interpreter into both languages.